Reflections of an Intern

This summer, I spent three months as an intern with Ayiti Nexus at their Port-au-Prince office. I had just graduated from Stanford University when I joined the firm in July 2013 – it was the first job I got out of college. I can say now that it was a formative way to kick-start my professional career, but a few months ago I thought very differently.

I spent the last few months of senior year debating whether or not I wanted to go to Haiti. My studies in International Relations seemed most suitable for this kind of work, but after 15 years living abroad, I was unsure of whether I could integrate into a culture and society that were no longer my own. The food would be different, the language would be difficult to master, and I’d likely go through identity crises of being neither fully Haitian nor American. To make matters worse, even my parents, who were born, raised and still reside in Haiti, were discouraging me from pursing this job. Given the instability of the country, they worried and they continued to worry that something might happen to me on the way to work. Nonetheless, I packed my bags and headed for Delmas 75, the neighborhood where I would be staying for the duration of my internship. 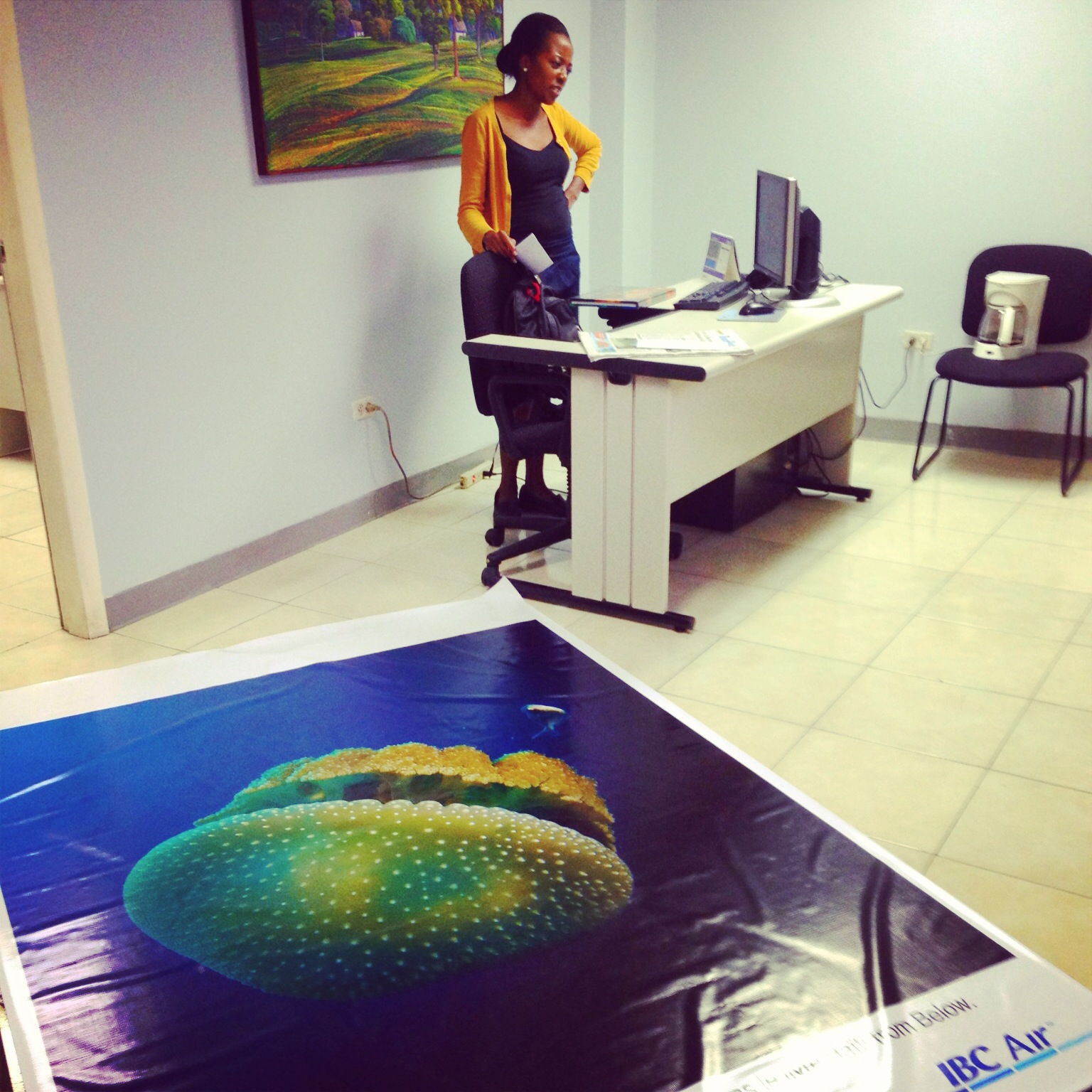 On day one, I met with Nathalie, the senior consultant who briefed me on what exactly the job would entail. I would be her assistant. The list of assignments was pretty intimidating, but I’d later realize that I was perfectly capable of doing them all; I just needed an encouraging work environment and a supervisor that had especially high expectations of me. And Nathalie was just that. She expected that I follow strict deadlines and accomplish a set amount of deliverables, as she would of a full-time employee. I thought it quite challenging at first, but the high expectations helped me to grow professionally and to work more productively and efficiently than ever before.

In terms of my initial responsibilities, most of them were related to a coffee table book on Haiti’s marine species produced by the firm. I was responsible for managing the book’s social media, putting together a budget for – and planning – a promotional event in Cap, liaising with the editor on deliverables and deadlines for a reprint of the book, putting together a sponsorship kit for the revised edition… Quite an extensive list, considering this was all for week one.

I worked closely under Nathalie’s supervision, and my scope of work broadened to include other tasks as the summer progressed. I made substantial contributions to drafting and editing company documents, including project proposals, reports, memos, sponsorship letters, and even an office operations manual.

If I could speak to one activity that I particularly enjoyed, it would be organizing the first conference on marine preservation in Cap-Haitian. I had been assigned to recruiting vendors for a photo exhibit we planned to have on the main boulevard of the city. I spent quite some time coordinating logistics and supply needs from Port-au-Prince with staff at the Cap-Haitian office, leading up to weekend filled with networking and outdoor activities. I traveled to the North especially for this conference and had the chance to meet with some pretty amazing folks, including the Minister of Tourism and several Haitian university students and environmental activists. I am now convinced that Cap-Haitian would be where I settled if I ever moved back to Haiti.

All in all, I am grateful to have worked under such great leadership. I do intend to return to Haiti, could be next year, could be next month, but whenever that may be, I will have already gained invaluable work experience and will have gained a more accurate perspective of what it’s like to live and work there. I doubted myself so much in the beginning, and now that I’ve overcome much of the fear and uncertainty, settling back home seems like a much more realistic goal.