A Story of Transformation:

Scuba diving along the picturesque coasts of Haiti might not seem like a path to economic recovery. However, a member of our team met one ambitious student who proves just the opposite.

Environmental degradation remains a pressing issue in Haiti. Much of its mountainous surfaces are deforested, causing soil erosion, which also effects agricultural productivity. What many of us often overlook is that the island country’s marine eco-system has a direct impact on its food production, the job market, and believe it or not, its vulnerability to natural disasters. The colorful species gleaming from the crystal blue waters actually protect coastal cities from storms by acting as a buffer against waves and floods. Corals also harbor many fish species and create white sand beaches. 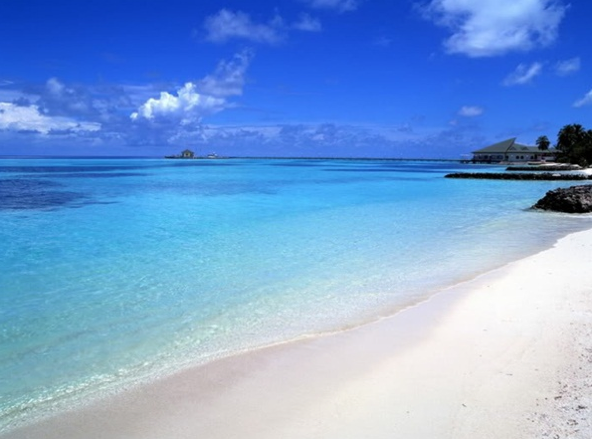 The impacts of waste pollution and over fishing on our marine environment have been confirmed. Reef Check, a non-governmental organization that aims to preserve reefs and oceans in 90 countries, conducted a reef survey in 2011 revealing that 85% of Haiti’s coral reefs have died mostly from human activity. The organization took action by recruiting local university students to participate in its Eco-Diver Program, teaching them to dive in order to monitor reef.

Two months ago, one of our consultants met one Eco-Diver with an exceptional story of transformation. Dimitri Napoléon once dreamed of a traditional career path as a computer engineer. But life threw many obstacles his way, leading him to discover the impactful skill of being an internationally certified diver in his country.

Q: When were you introduced to diving? Had you given it any thought before hearing about the Eco-Diver Training program? What motivated you to apply?

A: My father has been a fishing agent for the government for the past 25 years so I fell in love with the ocean at a young age. In the beginning of 2013, a relative of my High School teacher encouraged me to apply for the Reef Check Eco-Diver training. When I heard what the program was about, I became eager to discover the underwater world, and I enrolled right away. I knew how to swim but had never dove.

Q: Other than obtaining your PADI certification,what did you gain from the Eco-Diver Training?

A: Coming from such a poor country, we don’t easily learn the things that I was taught in the Reef Check training. The Eco-Diver program teaches you the importance of the marine life, of the reefs and of the algae, both for the human population and the country’s sustainability. I understood that some rocks we consider rocks are actually corals, and yes, they are alive! They harbor many species of fish and protect us from natural disasters such as tsunami; the algae are a source of food for marine animals and humans, are used in modern medicine, and are a source of energy.

Q: Tell us about your diving experiences in Haiti.

A: In the past two years, I dove in many different areas but mostly on the northern coast. In Labadee (onsite and offsite), Ducroix, Il-a-Rat, and at a reef across Bordemer de Limonade, which is actually a long reef extending from (Print Sable) to the Dominican Republic. The latter is my favorite because it is more alive; it has the richest biodiversity. 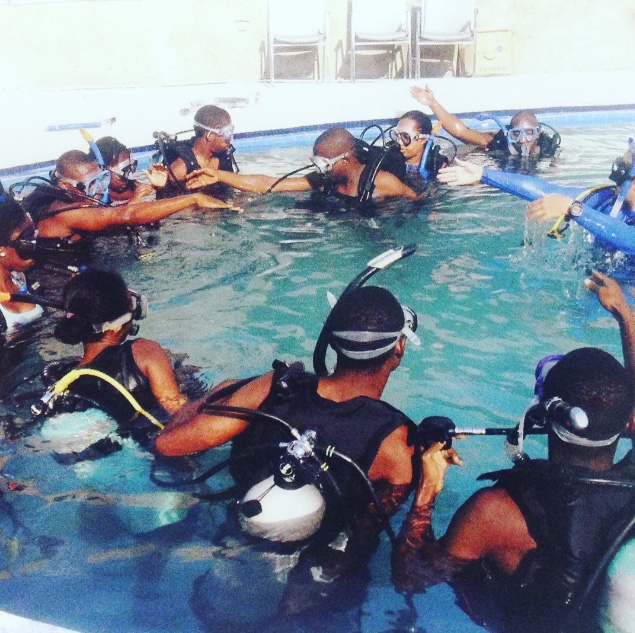 Q: Has your certification opened any personal or professional doors for you

A: Personally, I have met a lot of great divers here – Haitians and foreigners – who are also interesting people in the society. Through them, I have discovered beautiful dive spots I wouldn’t have discovered alone. I am now a member of that community. Professionally, it has opened new career doors for me. Initially after high school, I had begun studying for a degree in Computer Science in the Dominican Republic, but was unable to complete my degree due to family difficulties. I tried to continue with my studies in Haiti but the earthquake struck mid-year, placing a hold on the goals I was trying to accomplish. I didn’t have strong credentials for work either. After the training with Reef Check, I was very fortunate to find a good job as an Assistant Manager for a tour company located at Cormier Plage. My days consist of managing boat tours to the beautiful Amiga Island and assisting cruise ship passengers who want to go snorkeling. I am now working on becoming a dive instructor so that we can offer that additional activity to the tourists. It’s an amazing opportunity to pair my love for diving with a promising future.

To learn about Ayiti Nexus’ social initiatives targeting the preservation of the environment, visit Haiti from Below and Talking Trash.